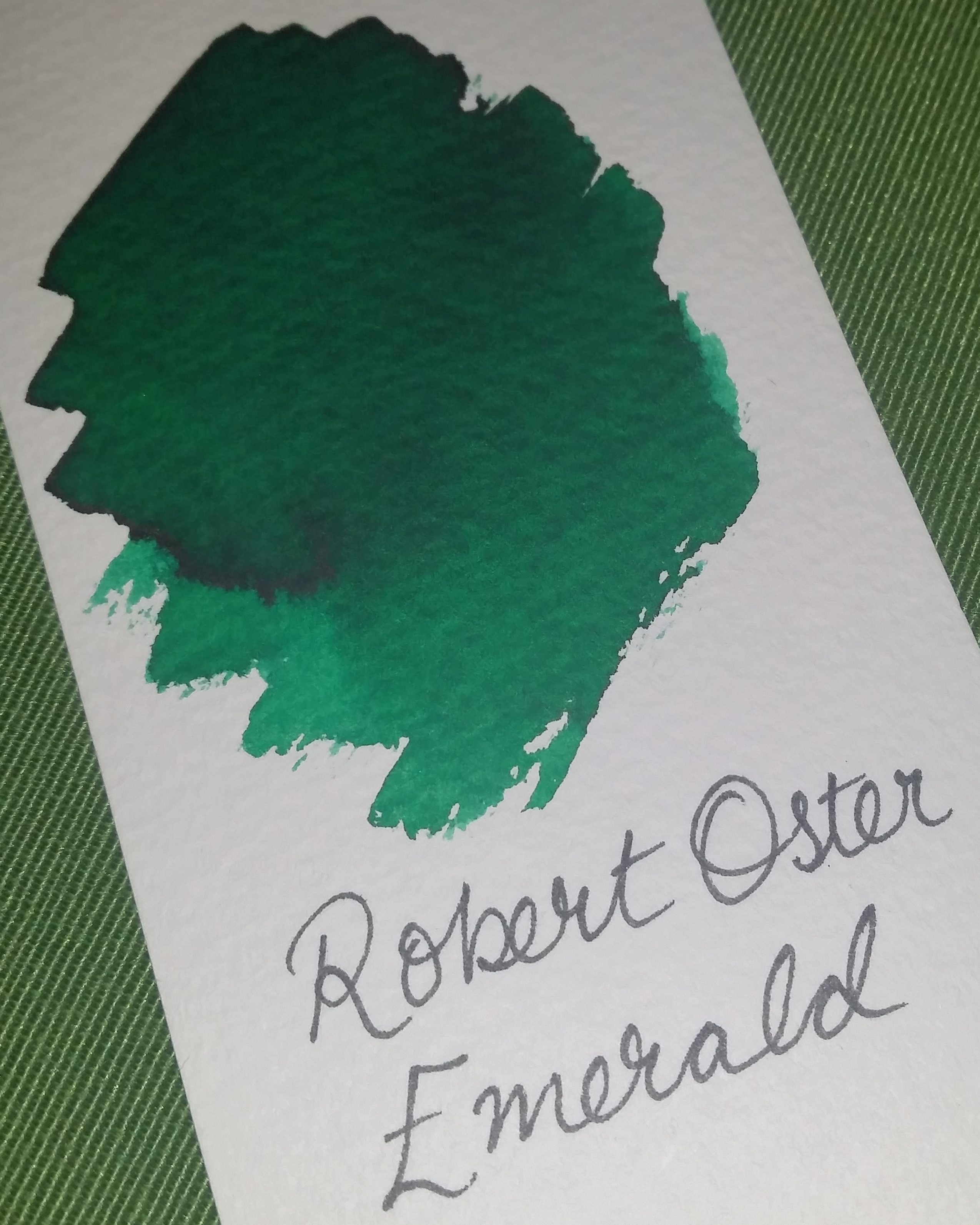 There’s been some buzz around Robert Oster inks recently. Made in Australia, they’ve been difficult to find in Europe and North America until recently. In the UK, you can buy them from Izods Ink, who kindly sent samples for this and the other reviews for United Inkdom.

I received Claret and Emerald to review. I’ll confess that when I first received these ink samples, and did a quick swatch of each to get an idea of the colours, I was underwhelmed. Both of them seemed dull and lacking vibrancy. I had hoped that the Emerald would be a bright, dark green, and the Claret a rich red purple. The swatches showed an unexciting dark green, and a dark, greyish purple. Revisiting them a few days later, and creating new swatches, I find I’ve warmed to them a little.

Of the two, I was most keen to try Claret. I always like purples and dark reds, and I hope this would fall into both categories.

It’s dark indeed, and has some depth. I didn’t seem any shading when I tested it with a glass pen but you can see there’s quite significant variance in colour from the swatch. I bold- or stub-nibbed fountain pen might make this clearer. Emerald has really grown on me. Although I didn’t find it very exciting at first, on my second look at it, I appreciate the richness and jewel-tones of this ink. As you can see from the photo, there’s a huge variation in the colour: from bright green to almost black. As with the Claret, this wasn’t visible with the glass pen, but will be with a fountain pen using a broad or stub/italic nib. Anything which puts down a lot of ink should show this shading.

These are nice inks, and have great shading potential. The Claret is a little unexciting, but the Emerald is lovely. I can see me using both, though I doubt I’d buy Claret as Diamine Grape and Tyrian Purple, and Pelikan Edelstein Amethyst cover all my dark purple needs. I don’t have anything quite like the Emerald though, so that’s one I’d consider. The other United Inkdom reviews show that the Robert Oster teal and turquoise inks are pretty special- and I am keen to try out Fire and Ice which looks pretty special.

[Please excuse the rather dark pictures. It’s been a very dark and gloomy weekend in Edinburgh and there’s just not been enough natural light to take good photos!]