The manufacturer lent me a Kaweco Lilliput Fireblue fountain pen for an honest review. This is a pen I’d had my eye on for a while due to its unusual looks. I’m not a big fan of Kaweco’s more popular Sport pens- there’s something about the shape I’m just not fond of, but the sleek lines of the Lilliput are very appealing. I decided to do this a little differently, and take a leaf out of Scribble’s book, by writing my review by hand but my camera, unaccustomed to the  bright light of sunshine we’re currently experiencing, couldn’t get a good shot of the text. Instead, I’ve had to capture it as a document, and the ink colour is all wrong! The review was written on the California State notebook reviewed here.

First off, the pen comes in a nice little tin. That said, you wouldn’t carry it around in this as there’s nothing to secure the pen inside. It’s pretty though. As you can see, my writing is pretty scruffy here. I found the Lilliput difficult to hold comfortably and my writing suffered as a result. Fountain pens should be a pleasure to use and this just wasn’t. I can still feel a slight ache between my right thumb and index finger after 10 minutes or so of writing with it. My hands are about average size for a woman, I would say, so I think you might have to have very delicate hands to find this pen comfortable, assuming the weight of it didn’t bother you.

This is a really beautiful pen, and my crummy photographs don’t do it any justice, but I would caution you to try it before you buy. There’s no way I would be sending this loaner back to Kaweco if this were a standard sized pen! As it is, I know I’d never use it. I’d just gaze regretfully at it. 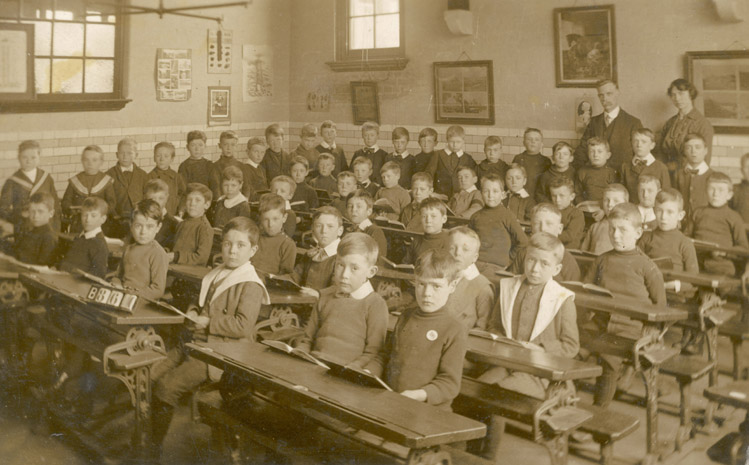 It’s the start of the new academic year and one of the first things I tell my undergraduate students is to take notes by hand with paper and a pen. Some of them already do this but others peer at me over their laptop screens as if I had suggested eating light bulbs as a study strategy. It sounds old fashioned, as if it’s my personal last ditch attempt to hold back the tide of technology and preserve something pointlessly out-dated, like the penny farthing or whalebone corsets. But handwriting is a much better strategy for anyone taking notes.
This idea isn’t just a quaint idea. The physical act of handwriting, moving a pen across the page, has significant benefits over tapping a keyboard to record the same information. Researchers have shown that writing with a pen and paper uses different parts of the brain from typing. Several studies conducted in recent years support what stationery enthusiasts have known for a long time. Writing by hand increases engagement with, comprehension, and retention of information.

Writing by hand is slower, which is often seen as a problem. If we can type a lecture verbatim surely that’s better than writing notes on it on a notepad? Well, no. A recent study showed that students writing notes rather than typing understood more because writing forced them to be selective in what they took down. This extra mental step helped them engage and remember the material better than those who just typed it all out, despite the latter having taken far more notes. This was true in tests immediately after the lecture and when subjects were tested a week later.

The proliferation of laptops and tablets, and widely available free wifi has encouraged us to multitask. Handwriting forces us to focus. It doesn’t tempt us to keep Facebook open in another tab and quickly check it when the lecturer takes a breath. Other studies show that students with laptops can spend 40% of class time on unrelated applications and are consequently less satisfied with their education. I’m sure something similar is true beyond the classroom too- in business meetings, for example.

Instead, handwriting makes us engage with what we’re working on. There’s no battery to worry about or pop-up notifications vying for our attention. We have to concentrate, sift and summarise. Surprisingly, laptop note-taking is a lot like learning by rote in a Victorian schoolroom.  Like laptop note-takers, Victorian children would have been able to recite dates and names, lists and times tables, but may not have been able to apply or understand the material very well.

Many people are reluctant to shift to handwritten note-taking because their handwriting is less beautiful than they would like. Perhaps they struggle to read it again later, or are embarrassed for others to see it. I get that. My own writing isn’t as lovely as I would like. For most people though, that can change. Regular practice will improve your handwriting as it does for most skills. Simply, the more you do it the better you will get at doing it. Conscious practice will improve it even more (I’ll talk about conscious practice another time). A useful tip for taking notes from books (rather than in lectures) is to slow down. Most of use write untidily because we rush and don’t take the time to form letters properly. You don’t have to go at a snail’s pace, but if you slow down even a little, it will help.

Also, if you use a program like Evernote to digitise your handwritten notes it will have a bash at making your scrawl searchable. It valiantly tries to make my photographs of Italian renaissance manuscripts searchable, and while I can’t say it’s mastered them, it’s unlikely your writing is less legible than the scrawl of a fifteenth-century Florentine notary!